This game is a perfect icebreaker and a great way to bring some fun and excitement to your group of friends. It’s best played in an indoor space where players can hear one another. It

Are you easily bored during games? Do you want to have some fun? Then look no further than “The Bodyguard”. This is the perfect activity for a large group of people, it’s full of interaction 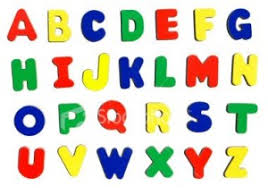 The Alphabet Game is an interactive activity, perfect to awaken a pleasant mood between those who play it. It is the type of game where players need to be careful when to say each letter